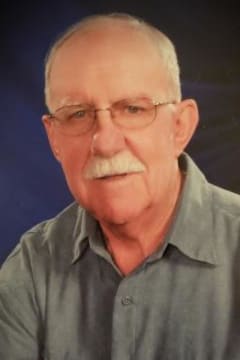 Carl Philip Fahling, 88, of Grand Rapids MI, peacefully passed away at Primrose of Midland, MI on Thursday, April 15, 2021 with his family by his side. Carl was a faithful man who loved the Lord, his family, his church, and his community. He is now joined with his beloved wife, Ethel Mae Fahling. Carl was born at his home in Sparta, MI on Feb. 20, 1933 to the late Charles G. & Myrtle E. Fahling (later Raman). He was a member of Trinity Lutheran Church in Conklin, MI and was baptized, confirmed, and married in this same church. This church meant a great deal to Carl and Ethel. He was also an active member of Trinity Lutheran Church in Traverse City for many years. Carl married the love of his life, Ethel Mae (Smith) on August 30, 1952. They renewed their marriage vows in 2002 in celebration of their 50th wedding anniversary. They were married for 58 years when Ethel passed away on July 5, 2011. Carl leaves behind his children, Carla Morrison, Laurie Dishaw (Kelly), LuAnne Orton (Barry), Grandchildren Lizabeth (Pete), Rand, Lindsay, Kerry (Stephanie), Patrick, and his great Grandchildren, Taylor, Hunter, Faith, Ky-Lee, Kerry, Hudson, Courtney, Chloe, Randi Mae, and Bennett, along with several cousins, nieces & nephews. Carl is a Korean War Veteran, serving from 1952 to 1956. He graduated from Saginaw Valley State University 1979 Cum Laude. Carl was employed with Consumers Power Company for many years working at their Jackson, Traverse City, and Bay City offices until his retirement in 1989. He also drove a School Bus route for Kenowa Hills ISD for several years after his retirement. Carl was always active in both his church and communities over the years. Anyone who knew Carl knew how much he loved antique tractors. He was an avid lover and restorer of Farmall tractors and was active in Tractor Pull clubs, competitions, and shows for which he won several trophies and awards. He also loved camping, deer hunting, sports, winemaking, coin collecting, and anything horticulture or agriculture related. Anything Carl did, he did with his whole heart. In addition to his wife, Carl was preceded in death by his sisters, Myrtle June, Mary Jamison, Luanne Colby; Grandson in-law, Andrew Howe. Funeral services will be held on Wednesday, April 21, 1:00 P.M. at Trinity Lutheran Church in Conklin with Rev. Mark Oswald Officiating. Interment in Trinity Cemetery. Friends may meet the family at the Hessel-Cheslek Funeral Home on Tuesday, 6 until 8:00 P.M. The family wishes to thank Grace Hospice in Bay City, MI, and Primrose of Midland, MI for all of their kindness and compassion. In lieu of flowers, memorial contributions may be made to Trinity Lutheran Church in Conklin, MI (www.tlc-conklin.org) or Grace Hospice (www.ghospic.com) in memory of Carl Fahling. 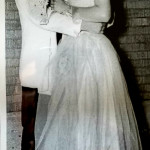