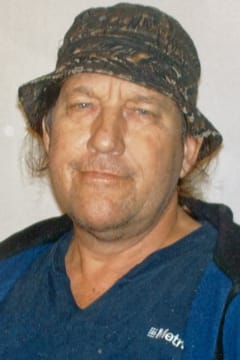 David Hawley age 77 passed away after a short illness on Saturday, March 22, 2021, at Mercy Health St. Mary’s Hospital. He was born in Grand Rapids, Michigan on August 15, 1943 to Claude and Shirley Hawley Sr. He married Hazel R. Bliss on February 1, 1964 at Solon Center Wesleyan Church. He loved to hunt and fish and worked as a Lumberman for much of his working career. He was preceded in death by his wife, Hazel in January of 2018. He is survived by his daughters, Jeannie Taylor, Annette and Jason Wert, Geri Follett; 9 grandchildren; 9 great grandchildren; siblings, Carol and Leon Dauchy, Dan and Marilyn Hawley, Gordon and Nancy Hawley, Hazel and Roger Arendson, Fay and Gwen Hawly, RuthAnn Lewis, Ted and Shirley Chaney, Phil and Rosemary Cranmer, Lillian Hawley, Kenny and Jodi Jack; sisters in law, Diane Hawley, Barbara Hawley; brother in law, Dave Chittenden; several nieces and nephews. Funeral services will be held on Wednesday, May 26, 2021 at 2:00 P.M. at the Funeral Home. Interment in Idlewild Cemetery, Kent City. Friends may meet the family at the funeral home on Wednesday from 11:00 A.M. until time of service at 2:00 P.M.

So sorry for your loss. Know that I am praying for all of you during this time of sadness. Jeannie, here for you anytime. Meri-Ann Miller
- Meri-Ann

Thoughts and Prayers going out the the Hawley family.
- Ken & Faith Mouthaan

Our thoughts and prayers go out to you and your family during this difficult time. 🙏🏻
- Nowaczyk Family