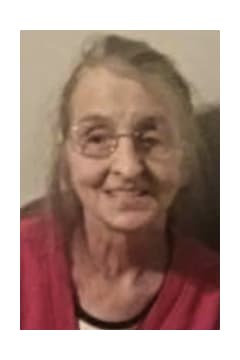 Deborah June Marvin, age 61, passed away on Sunday, September 29, 2019 at her home in Sparta, Mi. after a lengthy illness. She was born in Springfield, Missouri on March 30, 1958 to Robert White and Mary Jane Grabe.
Deborah is survived by her children, Kelly (Dennis) Wilcox, Lawrence (April) Marvin, Jr., Matthew Marvin and Monica (Keith) Weston; 19 grandchildren, their spouses, 7 great grandchildren, as well as many adopted grandchildren, all of whom she loved dearly; two brothers, Bob and David; three sisters, Patricia, Jackie and Valerie; and many nieces, nephews and friends.
There will be a Celebration of Life held on Sunday, October 13, 2019 from 3-5:00 PM at Hessel-Cheslek Funeral Home in Sparta. Family would appreciate memorial donations in Deborah’s memory be made to the funeral home to help with the final expenses.

Please share a condolence, photo or memory of Deborah. We welcome all condolences that are positive and uplifting that will help family and friends heal.