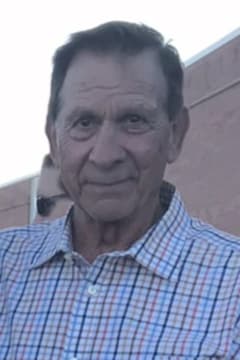 Donald Carl Armock age 77 of Sparta passed away peacefully on March 27, 2021 at the Tidewell Hospice Center in Venice, Florida. He was born on May 27, 1943 in Grand Rapids, MI to Charles and Mildred Armock. He graduated from Sparta High School. He married Judy Lee Wiersma on October 20, 1963 in Sparta. He was a mechanical contractor and opened Armock Mechanical which is now run by his son, Greg. He was preceded in death by his parents, Charles and Mildred; his brothers, Louis Armock, Carl Armock; his great granddaughter, Alayna Curtis. He is survived by his wife of 57 years, Judy; daughters, Tamara (Michael) Cnossen, Tracy (Steve) Shisler; son, Greg (Kristin) Armock; 9 grandchildren; 2 great grandchildren; brother, John (Jackie) Armock; sister, Annabelle Dunneback; many nieces and nephews. Memorial Mass will be offered onThursday, April 29, 2021 at 11:00 A.M. at St. Joseph Catholic Church in Wright with Fr. Rock Badgerow Celebrant. Inurnment in St. Joseph Cemetery. Friends may meet the family at the Funeral Home on Wednesday, April 28, from 4:00 P.M. until 7:00 P.M. The Rosary will be prayed at 7:00 P.M. lead by Deacon Ed Harwood. Those who wish may make memorial contributions to Lacks Cancer Center, www.mercyhealth.com

Farewell to a loving husband, father and grandfather. Friends and family will miss your loving smile, wise counsel, and your laugh. Your faith and all your goodness in life to others has led you to your second home, heaven above. Until we meet again....keep the light on and the door open for all to follow and find you again.
- Tom and Peggy Hartwig

Such an amazing man! So sorry for your loss. Sending lots of hugs and prayers for you all!
- Lynn Driscoll
Aunt Judy & my dear cousins. So many memories especially as children of uncle Don! Dinners & such at the house and especially always our Christmas parties. Ronnie & I just loved uncle Don so much . He always ALWAYS had that big beautiful smile of his and always a hug!!! Praying God folks you with his comfort ! Love you all - Jodie & Dan Koster
- Jodie Koster

Dear Judy and family We have so many Wonderful memories of all the trips we took with you and Don. The fun times we spent at the cottage, riding on the pontoon , playing cards, and having funn with the kids. Bill and I were so glad that last time we spent playing cards with both of you in Florida,, Don was having a good day. Both of you got us interested in the sport of Harness Racing. We all sure liked your first horse Fleet Paul. He was a wonderful brother -in-law and you are a wonderful sister. Sending lots of hugs and love to all of you. Bill and Carol
- Carol Fuhs
you will be greatly missed by us all. He always said 'HI JOHNNY' when we met and I liked that! love you all 'johnny'.
- john wiersma