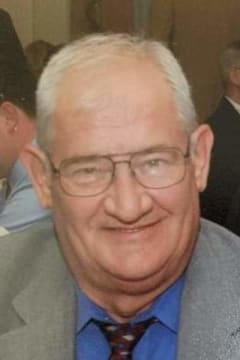 Donald Edmund Jackson, age 75 of Rockford, died and passed from polluted earth into pristine heaven on Saturday, February 20, 2021 after a brutal but brief fight with cancer. Born on Aug. 21, 1945, he grew up in Moline, MI., and was a graduate of Calvin College. A self-styled entrepreneur, Don owned several businesses in his life, and dived into diverse fields such as farming, puzzle-making, candle-making, educational and motivational materials, retail, insurance, sales of various products and systems, construction, music, and others. Wife Marcia and he made and distributed kitchen scrubbies for many years. He was a teacher for several years in Wayland Union Schools. During his youth, he was known as a feared hitter on western Michigan fast-pitch softball fields. Don was preceded in death by his parents, Dr. Wesley E. Jackson, DVM, and Martha (Nagelkirk) Jackson; a sister, Marcia Ann Jackson; his son, Thomas Edmund Jackson; sister-in-law Monica Jackson; his first wife Jane (Dirkse); and his wife Marcia (Winters), who passed before him in September, 2020. He is survived by siblings John R. Jackson (Marlene), Mary Jane (Allen) Matyas, and Paul W. Jackson; step-children Scott Winters, Norma Winters, Brian Winters, Sarah (Charles) Schoen; and grandchildren, Nicole Larson, Alexis Winters, Rachel and Derek Ash, Nathan Schoen, Tyler Schoen; great grandson, Javen Cronin; several nieces and nephews. As Don had wished cremation has taken place and a memorial service will be held later in the year when it is allowed. Those who wish may make memorial contributions to Praise in the Park of Rockford, 151 E. Bridge Street, Rockford, MI 49341-1260

Cousin Nancy (Nagelkirk) Brockerman sends hugs and love to my first cousins and all the extended family. My children remember playing with Tommy when they were all small. Marcia, please be comforted by your memories.
- Nancy B
I was honored to be able to do music with Don for several years. I'll miss you Don. Smack that bass for me buddy
- Rick Wright

My heart is sad to hear this, but knowing he is with all his loved ones in heaven gives peace. Many memories of when we lived on Chappell. The Jackson man was a special family and I will always hold them close to my heart.
- Julie King