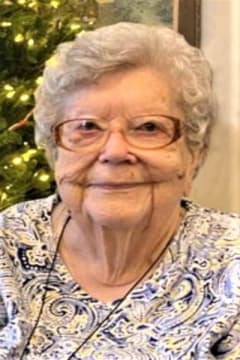 Doris Maxine (Ransom) Eadie, age 94, of Sparta, passed into the loving arms of Jesus on Sunday, January 17. She was preceded in death by her husband Harold, infant son Bruce, grandson Phillip Martinez, son-in-law, Mike Cripps and brothers, Marion, Bennie and Orrin Ransom. She is survived by her children, Sue Eadie, Deb Eadie & Bob Martinez, Kim & Linda Eadie, Todd Eadie, Brenda Cripps; grandchildren, Ryan (Mary) Eadie, Kyla Eadie, Amber Eadie, Bob Martinez, Kayley (Spencer) LaFontaine, Ben (Katrina) Cripps, Trish Cripps, Shelli (Tim) Reed, Rob (Tracy) Cripps; great-grandchildren, Pierce Eadie, Noah and Will LaFontaine, Samuel Cripps, Trevor Reed, Caeden and Alyssa Cripps; as well as many nephews, nieces and several cousins.
Doris grew up in Casnovia and graduated from Kent City High School. She and Harold moved to Sparta after their marriage. Doris was a longtime and active member of Sparta United Methodist Church. After raising her children, she began a career as a cook at several area businesses including Mt. Mercy, General Formulations, Grandview Nursing Home and Meadowlark where the employees thoroughly enjoyed her homemade cooking and baked goods. She also provided meals and baked goods whenever someone was in need. She was known for her greeting card ministry, sending dozens of birthday cards, anniversary cards and get-well cards every year to everyone she knew. She had a tradition for many years of hand making 100 Christmas cards for friends and family. She was “everyone’s Mom and friend”. Her philosophy was “others first” and that’s how she lived out her faith and life.
The family would like to thank the staff of Rest Haven Homes for their love and care these past few years and Faith Hospice for their support in her final days. Those desiring, may make memorial contributions to Sparta United Methodist Church at 54 E. Division St. Sparta, Mi. 49345 or Rest Haven Homes at 1424 Union Ave. NE Grand Rapids, Mi. 49505.
Due to COVID restrictions, a private family funeral is planned. 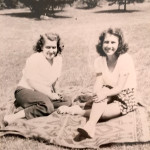 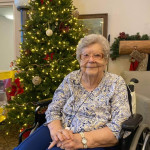 So sorry to hear of the loss of your beautiful mom. She was a kind and gentle soul who will be dearly missed. Prayers of peace to all of you as you carry on her legacy. Sincerely, Dr. Stephen Watkins, Barb, Beth and Olivia
- Barb Taber