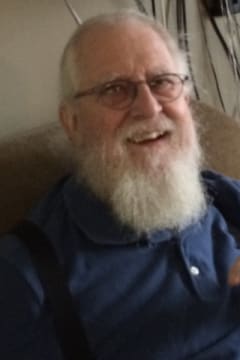 Fred Samuel Sands, age 70, passed away unexpectedly at his home on Wednesday, July 15, 2020. Born on January 17, 1950 to Roy and Emma (Boros) Sands, Fred grew up in Sparta, Michigan, graduating in 1968 from Sparta High School. Fred married Helen Sypien on August 18, 1973 in Grand Rapids, with the love between them growing stronger each year. He was preceded in death by his parents, but is survived by his wife, Helen; daughter, Jennifer (Mike) Schlicht; sons, Zachary (Jamie) Sands, Nicholas (Ashley) Sands; grandchildren, Ian, Zoey, Chloe, Alexander, Caiden, and Lyla; great grandchildren, Sterling, Mallory and Ava; siblings, Jack (Paula) Sands, Richard (Kim) Sands, Mary Van Noord, Sandi (Mike) Doctor; many nieces and nephews. Fred loved life, his family and anything that made a loud noise (guns, fireworks, cars). A celebration of Fred’s Life is being planned for Monday, July 20, from 3:00 P.M. until 6:00 P.M. at the family home, his favorite place to be. He will be sorely missed.