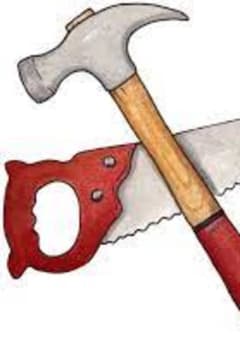 George C. Beardslee age 60 passed away unexpectedly at his home on Sunday, June 6, 2021. He was born on January 26,1960 in Greenville, Michigan. He was preceded in death by his parents, Wayne and Dorothy Beardslee; sister, Diane; step son, Jerry Klock Jr. He is survived by his wife, Karen Marie Beardslee; stepson, John Klock; grandchildren, Jerry Klock, Michelle Klock,Jason Klock, Joshua Wright; his siblings, Paul, Gary, Gale, Larry, Janet, and Carrie; several nieces and nephews. Funeral services will be held on Thursday, June 10, 6:00 P.M. at the Hessel-Cheslek Funeral Home in Sparta with Rev. Bruce Wilson officiating. Friends may meet the family at the funeral home on Thursday, from 4 until time of service at 6:00 P.M. Those who wish may make memorial contributions to Cerebral Palsy Foundation, www.give2cpf.org