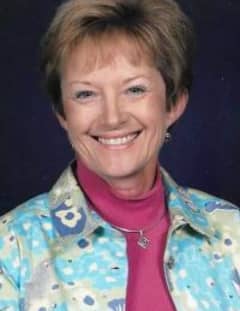 THE MASS OF CHRISTIAN BURIAL IS BEING MOVED TO A TIME WHEN ATTENDANCE WILL BE ALLOWED. The Mass on Saturday, March 21 has been cancelled.

Gisela Zamiara, age 76, formerly of Sparta, Michigan passed away in LaQuinta, California on Tuesday, March 3, 2020. She was born Gisela Beinarowitsch on December 6, 1943 in Germany and moved to the United States when she was 8 years old. She married Andy Zamiara on October 12, 1963 and they shared over 56 years of marriage. They lived in Sparta where they operated Momber Pharmacy along with Momber Hallmark in Rockford before moving to California for retirement. Gisela was a high energy person who had a positive, happy outlook on life. She was an avid golfer and skier which she and Andy enjoyed doing together. Gisela was a proud grandmother, always staying up to date on her children’s and grandchildren’s lives. Gisela is survived by her husband, Andy, of La Quinta, Ca.; her daughter, Christine (Steve) Robinson of Naperville, Il.; her sons, Mike (Nancy) Zamiara of Lansing, Mi. and Dan (Jenny) Zamiara of Highland, Mi.; 11 grandchildren; and her sister-in-law, Pat Carpentier. A Funeral Mass will be held when public attendance is allowed. Inurnment will be in Greenwood Cemetery, Sparta Township. Those wishing to make a memorial donation may do so to St. Jude Children’s Research Hospital by going to giftfunds.stjude.org/GiselaZamiara.

The entire Youngquist Family sends condolences and prayers. So many fond memories and funny ones too. God rest her soul and bless her family with His peace.
- Cheryl Currier
Andy, we send our deepest sympathy to you and your family. Gisela was a sweet lady and we ask God to give you and your family his comfort and blessings. So sorry for the timing of your memorial service and the situation for gathering as it is right now. May God's love and presence be with you all. Sincerely, Liz & Ferd Benham
- Liz Benham