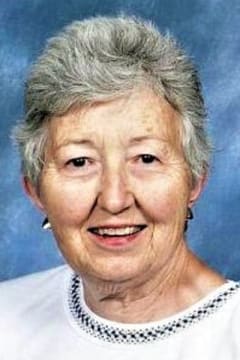 Gloria Ann Baehre, age 82, of Sparta, passed away Saturday, November 7, 2020 at Vista Springs Northview. She was born in Massena, New York on May 17, 1938 to Floyd and Marion (Quenelle) Payment. Gloria attended both Syracuse University and Western Michigan University, and taught music to music teachers attending WMU as well as private piano lessons to many young people. She was an accomplished pianist and organist.

Thanks to the staff at Vista Springs Northview for the care Gloria has received over the past three years. Those who wish may make memorial contributions to First United Methodist Church, 227 Fulton Street. N.E., Grand Rapids, MI 49503 or St. Labre Indian School in Ashland, MT 59004, or https://give.stlabre.org/page/4354/donate/1.

on behalf of the Aquinas College community and the OLLI@Aquinas program, we extend our heartfelt sympathy to all Gloria's family. God grace you with Gratitude for her life and Peace as you celebrate her eternal life. She taught others the beauty of music and continued to be a lifelong learner. Know of our prayerful support. Sister Mary Ann Barrett, OP
- Mary Ann Barrett