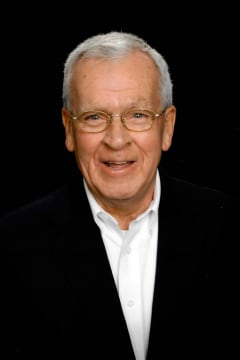 Henry “Hank” Posthuma peacefully passed away at home Friday, August 6, 2021, at the age of 82. Hank was an absolute warrior, battling cancer for almost two and a half years. However, he never let that stop him from playing golf, selling his flags at the Trufant Flea Market, or playing poker on Tuesday nights. Anyone who knew him, knew nothing could interfere with his poker game!

Hank was born to Peter and Ella Posthuma on September 15, 1938. He grew up in the Grand Rapids area but eventually made his way to Sparta, living across from the 3rd Green of the Sparta Moose Lodge Golf Course. Golf was just one of Hank’s many interests. He really loved spending time with his wife and best friend, Pat. They enjoyed going to garage sales, relaxing at the Big Lake, getting coffee at Herman’s Boy, bike riding, and going on color tours Up North. And boy could they dance! They were as smooth as silk on the dance floor.

He was a hard worker and always made sure he was able to provide for his family, sometimes working two or more jobs. He also flipped and rented houses, and had a cleaning business, cleaning offices for a company whose owners and employees were very special to him. In fact, one of his sons commented that “if dad taught me anything, it was to have a good work ethic.” Chances are that as soon as Hank entered Heaven, the first thing he said was, “Jesus, let me show you how to do it!”

Hank began working for Bissell Corporation when he was just 17. He also worked part-time as a cashier at the Meijer on Division. It was in the spring of 1972, that Hank cast his eye on a certain co-worker, who became the love of his life. There was a cute, petite woman working in plastics at Bissell. Once he saw her, he began to stalk her, asking her out five times before she finally relented and went out with him in October of that year. About three months later, on January 19, 1973, this little cutie, Pat (Puksta) Pallas said “I do” and the rest, as they say, is history!

Hank knew a thing or two about large families as he was one of eight children. Six of his seven brothers and sisters are now deceased. Those include his “big” sisters Enid Hamacher, Jackie Kolkman, Wilma Akkerman, and Marion Kibby, and his brothers Sid Posthuma and Gerry Posthuma. Hank is survived by his sister Joyce Lubbers and sister-in-law Yvonne Posthuma.

In addition to family, Hank was well loved by many, many friends. He was especially close to Bob and Vera, friends he and Pat made from their seventeen winters in Florida. His Camp Lake neighbors were also dear friends, helping him carry the 40 pound bags of salt for the water softener downstairs, plying Pat with wine when the situation felt overwhelming, going on boat rides, and playing Rummikub.

There is so much to know and share about Hank. To say he was competitive is an understatement! He loved to play Scrabble with his father-in-law and he may have actually beat Tom once. Hank’s Scrabble skills were tested as well by Janet, a very good friend and former co-worker of Pat. He was accused of cheating at Dominoes, his favorite game, pairing with his Dream Team member, granddaughter Halie, playing against wife Pat and grandson Tyler. He taught his great-granddaughter, Tessa, how to play Qwirkle and her grandmother, Sandy, now loses to her on a regular basis! He also loved to play corn hole, Jarts (the good ones!) and horseshoes with his brothers-in-law.

Hank was a man of great Christian faith and he had very strong morals. He was active in his church and especially loved to work in the nursery with the children. Hank and Pat were a part of the coffee ministry, and he was sure to greet his fellow church goers with a handshake and a smile. He began each day with early morning devotions, and “attended” church the past year and a half by watching his favorite services at home. His active faith was an inspiration to many.

Special thanks from Hank’s family go out to his Camp Lake neighbors, the Lemmen Holton nursing staff, especially his loving friend nurse/navigator, Erin; and the living angels of Faith Hospice. Their kindness, caring, and compassion are examples of God’s love in action. 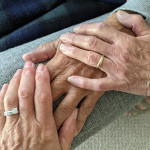 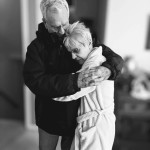 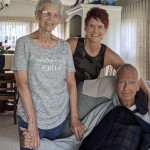 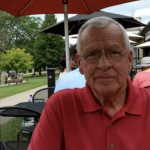 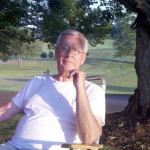 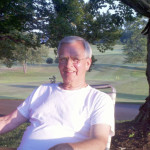 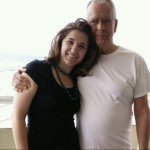