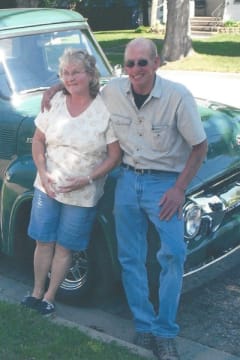 Jack Frederick Kurnat age 79 passed away at his home on Thursday, July 2, 2020. He was born February 1, 1941 in Rockford, Michigan to Cyril and Ruth (Dancer) Kurnat. He served his country in the U. S. Navy before and during the first year of Vietnam. He married DeLoris Miller on October 16, 1962 in Whittier, CA. Jack was a Hydraulic Specialist and owned and operated Aerial Hydraulic Repair Services. He was preceded in death by his parents, Cy and Ruth Kurnat; his brothers, Steve and Michael Kurnat; grandson, Kevin Gilbert. He is survived by his wife of 57 ½ years, Lori; his children, Richard Kurnat and D. Anne, Doug and Karla Kurnat, Kurt and Jackie Kruithoff, Glenn Kurnat; 12 grandchildren; 16 great grandchildren; several nieces and nephews. As Jack had wished cremation has taken place. A Celebration of Life will be held on Friday, July 17 from 2 to 6:00PM at the Kent City American Legion Post 123. Please join the family for a time of togetherness and to share memories of Jack. Those who wish may make memorial contributions to The American Cancer Society.

So sorry to hear about cousin Jack's passing, I can't believe all three are gone.
- Jack Kurnat
My sincere sympathies to Jack and Karla and the entire Kurnat family. Peace.
- Maria White
So sorry to hear of the Kurnat's family's loss. Lifting each of you up in thoughts and prayers.
- Becky Butler
Glenn I'm so sorry to hear about your dad. My sincere condolences to you and your family
- Tammy Ralston
To the family of Jack. I am so sorry for your loss
- Annette Noall