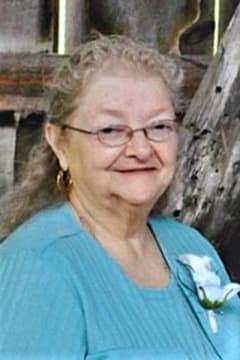 Janet Lee Weber, age 79 of Sparta, passed away peacefully and was reunited in heaven with her husband, Wilbur, on Wednesday, February 24, 2021. She was born Janet Lee Ripka in Muskegon, Michigan on March 19, 1941 to John and Ruth (Gillespie) Ripka. Janet graduated from Sparta High School and married Wilbur Weber in 1975. They shared 38 years of marriage before he preceded her in death in 2013. Janet retired from the Sparta Foundry where she worked as an inspector. She was a member of Holy Family Catholic Church in Sparta. Janet was a loving mother and grandmother who cherished her family. She was a kind and caring woman who was adored by all who knew her. She will be lovingly remembered, and missed, by many.
Janet is survived by her children, Timothy & Roxanne Weber and Callie Sterk; grandchildren, Sam (Jenn) Marlatt, Brad (Holly) Marlatt, Chuck (Carrie) Marlatt, Madison Cooper and Easton Sterk; 8 great grandchildren; brothers, Mike Ripka, Gordon (Carla) Ripka; sister, Rosalie DeVries; several nieces and nephews; and many children and grandchildren that Janet “adopted with love”. She was preceded in death by her husband, Wilbur Weber; son, Hank Weber; father, John Ripka; parents, Bud and Ruth Proctor; and brother, Randy Proctor; sister, Ellen Johnson.
Services for Janet will be held on Monday, March 1, 2020 at 11:00AM at Sparta Baptist Church with Reverend Bruce Wilson officiating. Family will meet visitors at the Hessel-Cheslek Funeral Home in Sparta on Sunday, February 28, 2021 from 2-4:00 and 6-8:00PM and for one hour prior to the service at church on Monday. Interment will be in Fairplains Cemetery, Sparta. Those wishing to make a donation in memory of Janet are asked to do so to the Down Syndrome Association – West Michigan at www.dsawm.org in honor of her grandson, Easton.