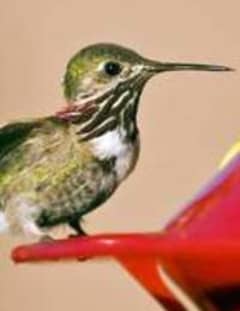 Jenny Shives passed from this world on Friday, morning March 20, 2020 at the age of 97. She was born on Friday, September 1, 1922 in Hart, Michigan to William and Kazune Giraitis. She was a child of the great depression, a strong-minded, independent, and amazing woman. She traveled to Austria by herself in 1948 where she worked for the United Allied Council of Austria. In the 50’s she was the manager of the Midtown Theater for Jack Loeks then in later years, Jenny ran her own business along side her husband, Robert Shives. Jenny and Bob were married on September 5, 1959. Together they spent many years enjoying nature and the Arts. Jenny received letters of accommodation from the Grand Rapids Art Museum and she and Bob were Master Gardeners. Bob preceded Jenny in death in 2011. There wasn’t a critter or a flower that they did not love. Jenny is survived by her nephews, Dick and Carol VanDyke, Mark and Terri VanDyke; great nephew, Dan VanDyke; great nieces, Susan Ziober and Laura Shepard. As Jenny had wished cremation has taken place and no services are being planned. Those who wish may make memorial contributions to The Humane Society, The Grand Rapids Art Museum, or the Blanford Nature Center.

Honor the life of Jenny Shives

Please share a condolence, photo or memory of Jenny. We welcome all condolences that are positive and uplifting that will help family and friends heal.