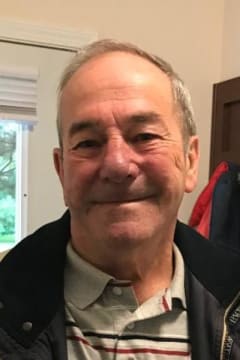 Jerry Dale Geers went into the arms of his heavenly Father on May 27th, 2020 surrounded by loved ones. Jerry was born April 10th,1950 in Grand Rapids MI to Gerald and Kathryn Geers and grew up in Kent City, MI. He graduated from Kent City High School and shortly after was drafted for the Vietnam War at the age of 19. After serving his country in the U. S. Army he returned to Kent City where he met the love of his life, Lonne. They were married November 22nd, 1976 . A short time after came their three children. He went to work for B&B Beer Distributing as a delivery driver and spent many years with the company. You could always find Jerry be-bopping around on his golf cart or in the barn working on things that n­eeded to be fixed. Jerry enjoyed being surrounded by his family playing ladder ball, croquet, telling stories, and cooking out to eat as a family. Jerry would spend quiet nights sitting with Lonne on the deck and enjoyed looking at their beautiful land and enjoying each other’s company. Jerry loved his children and his grandchildren deeply. Jerry was preceded in death by his parents, Gerald and Kathryn Geers; sister, Bonnie Robinson. He is survived by his wife of 48 years, Lonne; children, Jason (Jamie)Geers, Justin (Heather)Geers, and Melody (Shaun) Precious; grandchildren, Aj, Kaitlin, Jared, Austin, Colt, Garrett and Jentri; his sister, Faith (Rick) VanZalen; brother, Rodger (Dawn) Geers; brother in law, Ed Robinson; several in laws, nieces and nephews. As Jerry had wished cremation has taken place and a memory of his life service will be held at a time when life returns to normal. Those who wish may make memorial contributions to The Friends of the Michigan Veterans Homes, 3000 Monroe Ave. Grand Rapids, Michigan 49505 or in loving memory of his nephew Matt, to a mental illness organization of your choice.