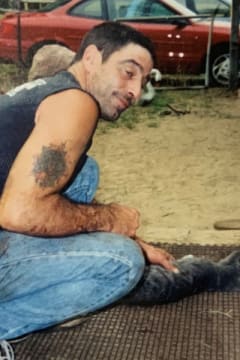 Jerry Jay Osburn, Jr., age 59, passed away unexpectedly at his home on December 18, 2020. He was born in Fremont, Mi. on October 25, 1961 to Jerry Sr., and Shirley Osburn. He attended Kent City High School and worked as a die setter. Jerry married Debbie Pangborn in 1986 and they shared 34 years of marriage and 5 children. Jerry enjoyed hunting and doing pretty much anything outdoors. He will be remembered by his family for his great sense of humor.
Jerry is survived by his wife, Debbie; his son, Jerry (Amanda) Osburn III; his daughters, Kathy (David) Hargreaves, Tiffany Osburn and Debbie Osburn; 8 grandchildren; his parents, Jerry Sr. and Shirley Osburn; his siblings, Jim (Jane), Russ (Theresa), Roxanne, Rita, Rhonda and Victoria; and many nieces and nephews. He was preceded in death by his son, Allen Osburn on January 17, 2020.
There will be a funeral for Jerry held on Tuesday, December 29, 2020 at 12:30pm at Cedar Creek Community Church, 2969 14 Mile Rd. NE Sparta, Mi. 49345 with Rev. Dick Nichols officiating.

Prayers for peace and comfort during this time for your family.
- Kim Mobley

My dear Osburn cousins and families, I am so deeply sorry for your loss. I will keep you all in my prayers over the next weeks as you mourn.
- Connie Waid