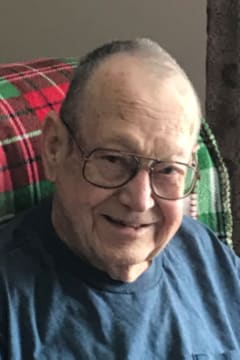 John Dale Roersma age 83 passed away peacefully on Tuesday, May 4, 2021 at Meadowlark Retirement Village in Sparta. He was born in Grand Rapids, MI to Jon and Mae Roersma on December 20, 1938. He served his country during the Cold War Years in the U.S. Army where he was a Military Police officer. He spent his carrier as an upholstery sewer for General Motors at the Alpine Plant. He was preceded in death by his wife, Janice R. Roersma in 2010; his stepson, Tim Coster; his sister, Dian Covert. He is survived by his stepchildren, Carol and Conrad Kutzli, Sharon and Ron Gross, David and Marilyn Passmore; 8 Grandchildren; several great grandchildren; brother, Karl Roersma; sister, Jane Pratt; several nieces and nephews. As John had wished cremation has taken place and a private family memorial service will be held.