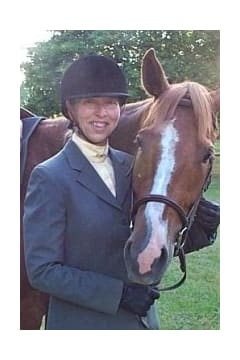 Julianne Johnson lost her battle with Alzheimer's on Tuesday, Nov 19, 2019. Julie was preceded in death by her parents, Frank and Donna Bartz, and her son Mark. She is survived by her husband of 47 years, Dave, and their children Cindi Wheeler (John), James Johnson, and Janet Baker. Julie also leaves behind grandchildren Josh Wheeler, Justin Wheeler, Jesse Wheeler, Jayden Wheeler Latesha Lewis, Lakisha Lewis, Lepaula Lewis, and Celina Arnett and great-grandchildren Kumani Wheeler and Darren Robinson. In addition, Julie is survived by sisters Kathy Bartz and Shari Bartz and sister-in-laws Nancy VanderRoest, Janet Opalewski (Don), and Karen Whitcomb (Vaughn) along with brother-in-law Lester Johnson as well as several nieces and nephews. Julie was a teacher in Sparta for 30 years. She enjoyed serving on the National Ski Patrol for 45 years as well as volunteering with a local ambulance service, Tyrone Township Fire, and Ottawa County Sheriff Mounted and Marine units. Julie liked to camp, scuba dive, and kayak…but her real passion was horseback riding. She received her first horse as a wedding gift and never looked back! Julie will be missed by all who knew her. There will be a Celebration of Life on Sat. Nov 23, 2019 from 1-4pm at the Tyrone Township Hall, 28 E. Muskegon Street, Kent City 49330. In lieu of flowers, donations may be made to Spectrum Health Hospice Foundation.

I first met my kind and giving friend the fall of 1971 when I began my freshman year at Central Michigan University. I played basketball and Julie competed in track so we often met in the Woldt dorm cafeteria late in the dinner hour after our practices. I remember how much we enjoyed the soft serve ice cream machine after every dinner. We spent many hours of studying and enjoying dorm activities together. During those college days we visited my family‘s farm in northern Michigan, milking the cows and riding horses. Perhaps that is where she first realized that she, a city girl, loved horses and the farm life. We both had degrees in biology and my favorite courses of all time were ornithology and nature study taken alongside my roommate Julie. We had many chuckles over our classmates frustration in the ornithology section of our nature study class on beaver Island. We certainly had a huge advantage after having completed the ornithology course the previous semester. Our Spring mini session adventures on Beaver Island are some of my most cherished memories. Julie had already met the love of her life, David Johnson, and together we hiked, camped and enjoyed picking and eating morel mushrooms. Those three weeks were just the best. It was obvious that Julie and Dave were a perfect match in all of the important ways. We each stood up in the others wedding and over the years our families kept in touch. We enjoyed camping, skiing, and horseback adventures together, sometimes with our children, Every memory of Julie is one of Joy. She was a loyal and kind friend. I regret that, since I’ve moved to Massachusetts , my last visit with Julie and Dave was three years ago. May her dear heart rest in peace. My sympathy goes out to Dave, her children, and grandchildren. May your memories provide you comfort. Love to all. Cindy (Erickson Preston) LeVine
- Cindy LeVine
If it wasn't for Julie, most likely I would not be an Alpine Patroller with the NSP. Both her and Dave were so encouraging and spent many additional hours under her private tutelage on Friday mornings at Cannonsburg. In taking a toboggan downhill in training, advice given to me was to pick out a vehicle in the parking lot and focus on that on my way down the hill. At the time I owned a Screaming Yellow Ford Ranger, it was easy to spot in the parking lot, and became my focus. Other patrollers also commented to me that my Ranger also was their focus. Thank you Julie for your outstanding commitment to ski patrol. We all were touched by your expertise and gentle demeanor. You will be greatly missed! May you rest in peace.
- Marilyn Hughes
I am so sorry for the loss of a wonderful woman that came way to early. I will always cherish the times spent with her and my family at her home and sharing all the the things she loved from horseback riding, skiing, camping, nature hikes, as she enjoyed nature and mostly anything out doors.. I will always remember all the family gatherings and holidays spent there! You will be deeply missed aunt Julie and my sympathy goes out to the entire family.. you are gone way to early !!
- Rick Stover
Hugs and prayers to Dave and the rest of the family. Julie was the kindest soul and I loved working with her on the Ski Patrol. She will be missed. Love - Joyce
- Joyce Ploeg