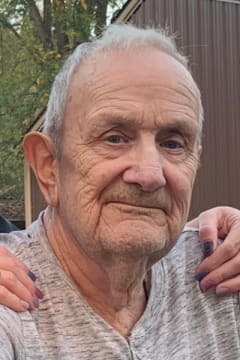 Keith H. Snyder, age 83, passed away on December 4, 2020 in Stanwood where he resided for the last 20 years. He was born to Carl and Helen (Sattem) Snyder on September 20, 1937, raised in Comstock Park, Mi. In 1955, he graduated from Comstock Park Highschool where he was recognized in his senior year book as the “class clown”, a title that followed him throughout life. Those who knew Keith were assuredly imprinted by his gregarious character with their own witty story that touched them. To his nieces and nephews, “Uncle Keith” was favored for his spicy flavored remarks.
After high school, Keith served in the Naval Reserves for four years and married Valeta Lamoreaux of Comstock Park in 1957. Together they shared four children. In 1960, Keith began employment with Builder’s Plumbing Supplies in Grand Rapids as a sales rep. He thrived there for 40 years, all while making lasting friendships with fellow staff and clients. It was during this time, and thereafter, that he enjoyed his favorite status, as a Dad. His greatest love, his children: Kathleen J. Snyder, Kristine M. Snyder, Kurt (Lisa) Snyder and Kraig (Sue) Snyder; and from there his five grandchildren: Michelle (Eric) Patrick, Kourtney (Kasey) Kruithoff, Danny Snyder (Mackenzie Hennigan), Reed Buce and Trisha Snyder; and blessed with his latest, three great grandchildren; Charlie Patrick, Ryan Kruithoff and Oliver Patrick. Keith always enjoyed the friendship of his four sisters and their husbands: Patricia (Cal) Verduin, Lynn (Jerry) Haan, Sandy (Rodney) Kutzli and Susie (Jim) Wildey. His sisters, Patricia and Lynn, brother-in-law, Rodney and best friend and brother-in-law, Jim, preceded Keith in death, along with his parents, Carl and Helen Snyder and his wife, Carol (Schmidt) Snyder.
All through his life, Keith enjoyed fishing and many seasonal sportsman activities involving his children. And, his annual deer camp site with his two sons and the Wildey’s. He loved the company of people as well as his solitude, and in his later days chose to retire to his small cabin on the Muskegon River in Stanwood. There he spent many summer days on his small boat or pontoon fishing ‘til the cooler was full of fish or empty of beer. On other days he’d be driving his prideful 1967 (historical) yellow convertible Cadillac to his “Club”, the Fraternity of Eagles, enjoying a cocktail and camaraderie of fellow members. We all know now that he had comfortably fell into his final status as the “Ole Man”. We are grateful for the memories. For Keith it was never “Goodbye” but rather and always, “Have Fun!”.
The family would like to extend a special Thank You to Brittnay Schooley, his caregiver for the past year.
Due to Covid-19 and gathering restrictions, there will be no services scheduled at this time.