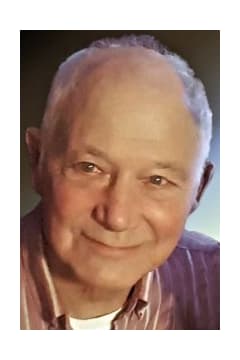 Lawrence Dean Swanson, age 82, passed away peacefully at his home with his family by his side on Wednesday, September 25, 2019. He was born April 16, 1937 in Grant to Rudolph and Ethel Swanson. He graduated from Grant High School and then proudly served his country in the U. S. Navy for six years. He married Mary Jo Graham on July 6, 1963 at the Grant United Church of Christ. Lawrence was a Tool and Die Maker for General Motors until his retirement in October of 1999. He is survived by his wife of 56 years, Mary Jo “Jody”; his daughter, Loribeth and James Clark; son, Glenn and Kristina Swanson; grandchildren, Sara Swanson, Nicholas Swanson; one brother, seven sisters and many nieces and nephews. A celebration of Lawrence’s life will be held on Friday, October 4, 1:00 P.M. at the Grant Community Church 115 W. 120th Street, Grant, MI with Rev. Steve Vander West officiating. Those who wish may make memorial contributions to the American Cancer Society.

Jody & family So sorry to hear about Lawrence passing. You and your families are in our thoughts and prayers.
- Tim, Amy Ferris