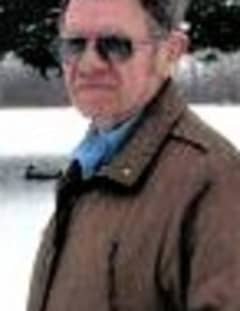 Melvin Albert Harold Saur, age 93, passed away peacefully at his home in Kent City with his family at his side on Monday, October 7, 2019. Melvin was born July 27, 1926 in Kent City to Melvin and Merle (Kellerman) Saur. He attended Kent City Schools and later was employed there as a custodian. He married Judith Marie Hotchkiss in 1955 and she preceded him in death in 1997.
Melvin is survived by his daughters, Connie (Bob) Blaszak and Vicki (Jim) Trombly; grandchildren, David (Lisa) Wilk, Laura (Dale) Schuilling, Steve (Brooke) Middendorp, Robert (Abbie) Blaszak, Jr. and David Blaszak; 13 Great Grandchildren; 3 Great Great Grandchildren; and several nieces and nephews. He was preceded in death by his parents, Melvin and Leslie Saur and his wife, Judith.
As Melvin had wished, cremation has taken place and inurnment was held at Idlewild Cemetery in Kent City. Those wishing to make a memorial donation in his memory may do so to St. Jude’s Children’s Research Hospital at www.stjude.org.

Please share a condolence, photo or memory of Melvin. We welcome all condolences that are positive and uplifting that will help family and friends heal.