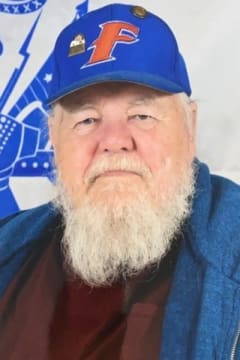 Michael Roy Titus, age 75, passed away peacefully at the Grand Rapids Home for Veterans, after a lengthy battle with multiple health issues, on Monday, March 1, 2021. He was born in Grand Rapids, MI on Monday, November 5, 1945 to Roy and Alice (Clark) Titus. He grew up in Sparta played the trombone in high school and in the GRCC concert band and graduated from Sparta High School in 1963 where he was affectionately known as “Mickey.” He then proudly joined the US Army where he served in Vietnam. He also graduated from Grand Valley. He married Judy Jeanne Telder, also of Sparta, in 1966. They would have celebrated 55 years of marriage in October of 2021. Mike and Judy are members at Peace Lutheran Church. Mike loved music and Major League Baseball and was a huge New York Yankees fan. He was a model railroader and an animal lover. He enjoyed spending time at Bills Lake boating and spending time with friends and family. He also enjoyed lake time as a child with his family in Traverse City on Spider Lake. Mike will be lovingly remembered by his family as an easy-going guy who always put his family first.
Mike is survived by his wife, Judy Titus; daughter, Chele Titus; son, Ted and his wife TJ Titus; grandchildren, Brady, Selena, Elliot and Meadow; sisters, Janice (Barth) Freeland and Sue VanderZanden; brother, Jack (Carol) Titus; sister and brother-in-law, Sue and Tom Wienczkowski; his lifelong friend, Roger Wohlferd and his wife Boni; several nieces and nephews. He was preceded in death by his parents, Roy and Alice Titus, his granddaughter, Skylar; and his brother-in-law Bill VanderZanden.
As Mike had wished, cremation has taken place and due to COVID 19 restrictions, services are pending at this time. Those wishing to make a donation in memory of Mike may do so to the Grand Rapids Home for Veterans Attn: Donations 3000 Monroe Ave. NE Grand Rapids, MI 49505. Or the ASPCA at www.aspca.org (search “honor donations”).

I was sorry to hear of "Mikeys" passing. I have know him since Kindergarten all the way through High School. He had been on the committee for the Alumni Association for years from class of 1963. I met him in later years when he worked at Herman Miller, where my husband worked, at the annual picnics etc. Warm thoughts and prayers are with you Judi and your family. Love Diane Bodell
- Diane Bodell
We are so sorry for your loss. Be comforted that he is in a better place now. We will be praying for the whole family.
- Denise & Leo Alberts

Dearest Judy and Family, I'm so very sorry for your loss; I know he has left a huge hole in all of your lives and hearts since his passing!! He certainly was in a class all by himself, and was often planning how to do something he knew he wasn't supposed to do... He always had a twinkle in his eye and and you could always see "the wheels turning..." He will be missed by many. Until we meet again, Mike. May God comfort your family left behind 💗🙏🏼🤗💗🙏🏼🤗💗🙏🏼🤗
- Marla Berry