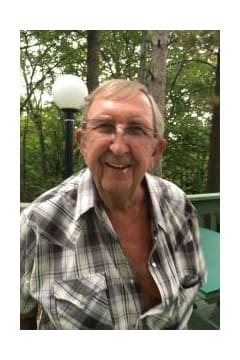 Raymond Darryl Hockstra, age 80, passed away at his home in Kent City, Mi. on Friday, November 30, 2019. He was born in Edmore, Michigan to Charles and Serena (Jensen) Hockstra on January 26, 1939. He proudly served his country in the US Army and then worked for the State of Michigan as a highway inspector for 31 years. He was married to Susan (Vane Putte) Hockstra for 48 years before his passing. They enjoyed doing many things together but especially enjoyed the 25 years they spent in Texas during winter months.
Ray is survived by his wife, Susan; daughter, Teresa McNeal; son, Michael (Victoria) Hockstra; grandchildren, Ashley (Michael) Wazny, Kellie (Troy) Boehm, Joe Chesher, Amanda (Ryan) DeKorne and Kelsey Norman; great grandchildren, Madison, Alyssa, Isabelle and Aubrianna Wazny; brothers, Gerald (Gale) Hockstra, Alan (Maureen) Hockstra and Alva (Doreen) Hockstra; sisters-in-law, Janice (Harold) Vogel and Jeanette Vande Putte; and many nieces and nephews. Ray was preceded in death by his first wife, Deanna (Kime) Hockstra; son, Stephen Hockstra; brother, Dennis Hockstra; and sister-in-law, Katy Dyer.
As Ray had wished, cremation has taken place and there will be no services at this time. Those who wish to make a memorial donation in Ray’s memory may do so to Interim Hospice at interimhealthcare.com or The American Cancer Society.

Mr. Hockstra was our next door neighbor. Growing up next door, Ray taught me how to ride a motorcycle. We once traded a motorcycle for a snowmobile. Big stuff for a 16 year old kid. I will remember him fondly, especially how kind he was to my mom and dad in their later years. He was a great neighbor. My thoughts and prayers go out to his family.
- Kevin Denhof