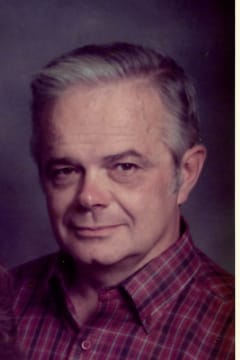 Richard Carl Schnepp, age 87, was called home by his Lord & Savior Jesus Christ on Saturday, November 20th, 2021. Richard resided in Sparta, Michigan, where he spent his final days with his loving family by his side. He was born September 28th, 1934, in Edmore, Michigan, to Percy and Doris Schnepp. Richard married Marilyn Bloomstrom November 4th, 1961, at Mamrelund Lutheran Church. He worked as a factory worker for 38 years at Mclnerney Spring and Wire Co. where he was affectionately know as “Snapper”. Prior to retirement, Richard worked as a maintenance man in a nursing home in Marne and at Meadowlark in Sparta. Richard was a wonderful example of a Godly man. He attended Mamrelund Lutheran Church. Richard was an avid outdoorsman. He loved to hunt, fish and camp with his family. Richard served in the Army from 1957-1959 and in the Reserves until 1963, when he was Honorably Discharged. He was stationed in Alaska. Richard is survived by his beloved wife of 60 years, Marilyn; loving children, Marylynn (Greg) Buzalski and David Schnepp; grandsons, Simon Buzalski and Jacob Buzalski; sister, RuthAnn (Bruce) Sackett; sisters-in-law, Genevieve Shippy and Elizabeth Wert; and many nieces and nephews. Richard was preceded in death by his infant daughter, Katherine; parents, Percy and Doris Schnepp; and sister, Norma Taylor. There will be a time of public visitation from 4:00 p.m. until 7:00 p.m. on Friday, November 26th, 2021, at Hessel-Cheslek Funeral Home, 88 E. Division St., Sparta, MI 49345. The funeral service with military honors will be celebrated at 11:00 a.m. on Saturday, November 27th, 2021, following a one-hour visitation prior, at Mamrelund Lutheran Church, 4085 Lutheran Church Rd NW, Kent City, MI 49330. In lieu of flowers, those wishing to offer expressions of sympathy are encouraged to make a memorial contribution to either Mamrelund Lutheran Church, 4085 Lutheran Church Rd NW, Kent City, MI 49330 or Emmanuel Hospice, 401 Hall St SW #263, Grand Rapids, MI 49503.