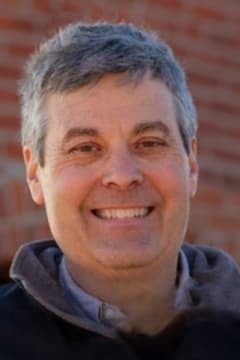 Richard Gail Norman, age 58, of Sparta MI passed away peacefully at his home on December 27, 2020. He was surrounded with love by his girls and cat Meeko. Born November 21, 1962 in Charlevoix MI, the family moved back to the Sparta area where he then lived the rest of his life. He was a loving father to his daughter Kadie Rae, and often a co-conspirator when she was misbehaving or doing silly things to annoy Mom. He was proud of his stepson Nic who is a Tech Sergeant in the US Air Force. He came into 12 yr old Nic’s life with questions and curiosity and tried to be an inclusive stepfather and center his family life around the needs of his children. Rich often said Kim opened the barn door and let him out when they met and married, they were married 17 years. He thoroughly enjoyed planning long family trips (the more invited the better) and activities, trying new restaurants, go karts, going on factory tours of his favorite things, Mustangs with manual transmissions, classic rock, tie dye t-shirts and burger cookouts at Silver Lake with his family and friends. He brought humor and lightness into the lives of the people around him and will be missed by all that knew him. He accepted people as they were and never asked them to change. Rich went through his cancer battle with stoicism and strength, never complaining. He endured all that was thrown at him with courage and was able to alleviate the pressure on his family by providing quiet calmness. The family would like to thank the doctors and staff at Lemmen-Holton Spectrum Health and Start Midwest clinical trials for their support and effort to stop the cancer. Six clinical trials under his belt, Rich was proud of how huge the four ring binders with his medical records became, knowing that while it may not save him that his participation was helping advance these amazing cancer drugs and help future patents survive this terrible disease. He is survived by wife Kimberlee (Sanders) Norman; daughter Kadence Norman; stepson Nicholas Sizemore (Wendy); father Gail Norman (Anne Heath); in-laws Terry and Diane Sanders; sister Carna Harper (Brian); sister Cathryn (formerly known as Barbara) Norman; sister-in-law Kristin Carter (Roger); nieces Katie Crego (Mark), Betsy Barden, Jory Sanders, Michaela Carter; great nephew and niece. Brayden and Paige Crego. Richard was preceded in death by his mother, Joyce (Totten) Norman. As Richard had wished cremation has taken place and a private graveside service will be held in the spring at Algoma cemetery. In lieu of flowers the family asks for memorial contributions to Sparta Schools band program. Rich was a former Spartan band member and proud father of a current band geek. Arrangements entrusted to Hessel-Cheslek Funeral Home. Condolences for the family may be left at www.hesselcheslek.com

Well my dear brother, I did it again. Set off the smoke detectors again...opps. Thankfully, no fire department responded this time due to my cooking. So miss being able to tell you the crazy cooking story, and just so miss hearing your voice. You have been such a rock in my life, an inspiration, and such a support. I love you my dear brother, and miss you dearly.
- Carna Harper
Kim, I am sorry to hear of Rich's passing. Cancer is a horrible thing to have to go through and deal with afterwards. I am praying for God's peace and comfort for you and your family. Marie Schweitzer
- Marie Schweitzer