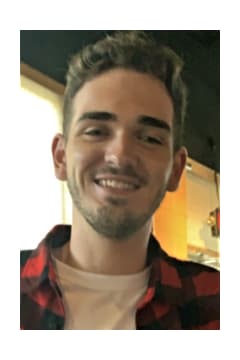 Ryan Robert Jasman, age 22, passed away of accidental causes on Tuesday, September 24, 2019 at Spectrum Health Butterworth Hospital. He was born on August 23, 1997 in Grand Rapids to Robert and Ronda Jasman. He attended Kent City Schools until his senior year and then graduated from Sparta High School. Ryan was employed in the Tool and Die Trades as a CNC operator/programmer. He was a guy who loved to have fun and enjoyed the outdoors, especially hunting and fishing with his Dad and Grandpa. Ryan is survived, and will be greatly missed, by his parents, Robert and Ronda Jasman; his brother, Justin Jasman and his fiance, Alex VanSumeren; his sister, Natalie Jasman; grandparents, Edward and Sandy Jasman; his girlfriend, Alexis Robinson; aunts and uncles, Mark and Sarah Jasman, Sarah and Dan Smoes, Katie and Patrick Kariku, Steven Jasman, Chris and Michelle Kaminiski; and several cousins. He was preceded in death by his grandparents, Bob and Joyce Kaminski. A celebration of Ryan’s Life will be held on Sunday, September 29, at the Hessel-Cheslek Funeral Home in Sparta from 3:00 P.M. until 6:00 P.M. Those who wish may make memorial contributions to Epilepsy Foundation of Michigan at epilepsymichigan.org.

Please share a condolence, photo or memory of Ryan. We welcome all condolences that are positive and uplifting that will help family and friends heal.