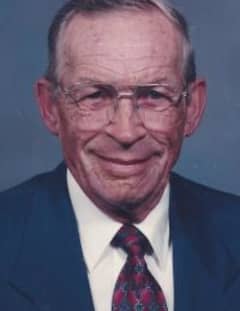 S. Dale Shoemaker, age 93, went to be with our Lord on October 29, 2019. Dale was born to Leslie and Frances (Rose) Shoemaker in Grandville, Mi. on April 2, 1926. His childhood had him living in Grandville, Muir, Lake Odessa and then Sparta. After graduating from Sparta High School in 1944, he enlisted in the Army and proudly served his country. He was stationed in Rome, Italy with the 3197th Signal Service Company. Dale handled secret communications and maintained cryptographic files. He had attained a grade of S/SGT upon his honorable discharge. Dale is survived by his wife of 71 years, Eileen (Beuschel) Shoemaker. They were high school sweethearts. He is survived by his daughter, Kae (Paul) Swanson and their children, Todd (Ryan) Swanson, Allison (Tom) Wright and Scott (Casey) Swanson. He is also survived by his son, Steven (Suanne) Shoemaker and their children Stephanie (Matt) Ginsberg and Sarah (Paul) Stoddard. Dale was also blessed with 12 great grandchildren. Dale dearly loved his family and he will be missed. Dale’s love of fishing and his generous nature allowed many neighbors and friends to enjoy his tasty catches. His great love and sincere dedication to God was how he lived his life. This love of God and all of God’s handiwork were expressed in several poems he wrote. Dale is also survived by his sister, Marlene McKinney; and sister-in-law, Mary (Donald) Shoemaker along with several nieces and nephews. He was preceded in death by brothers Donald Shoemaker, Arnold Shoemaker and his wife, Elaine; and sisters Madelyn Shoemaker, Norma O’Mara and husband, Tom; Loraine Scheidt and husband, Bud; Barb Ockerman and husband Merle and brother-in-law, Bob McKinney. Funeral services will be held on Saturday, November 2, 11:00 A.M. at Trinity Lutheran Church in Conklin with Rev. Mark Oswald officiating. Interment in Trinity Cemetery. Friends may meet the family at the Hessel-Cheslek Funeral Home on Friday 2 to 4 and 6 to 8 P.M. and at the Church on Saturday morning 1 hour prior to the service. Those who wish may make memorial contributions to Trinity Lutheran Church or Spectrum Health Hospice. 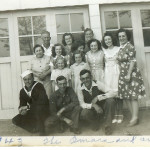 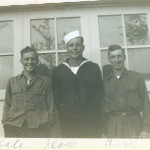 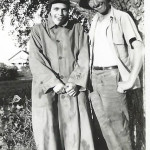 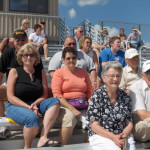 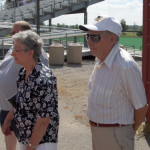 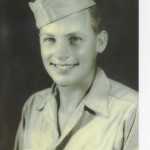 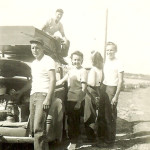 Our loss is heaven's gain. What a dear. gentle man! He will be missed. A life well lived. Deepest sympathy.
- Ann Beuschel
Uncle Dale told me several years ago that after reaching his age the extent of he and aunt Eileen’s social life was attending funerals. It sounded strange at the time until I thought about how very many long time friends they have and realized how lucky we all have been to know him. Uncle Dale I will take you to each and every funeral from now on. Tom
- Tom Barnum