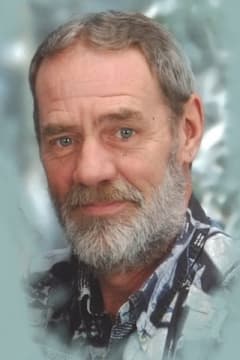 William David Whalen, Sr., age 58, of Sparta, passed away peacefully and was welcomed into his heavenly home on Saturday, November 14, 2020 after a fierce battle with cancer. He was born in Grand Rapids, Mi. on December 13, 1961 to Richard and JoAnn (Dine) Whalen. Bill worked his career in construction and was a very detailed builder. He took great pride in his work and was an excellent woodworker. Bill was an amazing man who lived for, and loved, the outdoors. He especially loved spending time at his “paradise”, the cabin near Hardy Damn. Bill will live on forever in our hearts and memories. We all love you!
Bill is survived by, and will be deeply missed by his loving wife, Therese (Bartosiewicz) Whalen; sons, Bill Whalen, Jr. (Chelsi Stewart), Jeremy (Erin) Sova and Stacy Sova: 4 grandchildren, Hannah, Bryce, Liam and Kenslee: his mother, JoAnn (Stan) Rhew; brothers, Richard, Jr. (Roberta) Whalen, Steve (Roxi) Whalen, Robert (Lori) Whalen; and many nieces, nephews and friends. He was preceded in death by his father, Richard, Sr.
Services for Bill will be held on Thursday, Nov. 19, 2020 at 7:00PM at Hessel-Cheslek Funeral Home in Sparta with Pastor Joey Kretoski officiating. Family will meet visitors at the funeral home beginning at 4:00 PM until the time of the service at 7:00PM.
Those wishing to make a memorial contribution in Bill’s memory may do so to the American Cancer Society www.donate3.cancer.org.
(A Celebration of Life in honor of Bill will be held in the spring of 2021 after Covid-19 gathering restrictions have been lifted.)

No words can express how deeply sorry I am for the loss of my brother Bill. Bill was and always will be in my thoughts and prayers forever. May God bless each and every one of you at this difficult time of sorrow. Cherish your many memories as nobody can ever take them away. Always and forever, Brother Mike
- Michael Whalen
Prayers and condolences for the entire Whalen family at this time of loss. Bill was a good friend and great man, and will be missed by all those who knew him. Praying that Jesus brings peace to all in remembrance of him. Michael & Lynn Plumb
- Michael Plumb
Therese, He will forever be a part of me. Thank you for taking a leap of Faith and bringing him into our life. He will be missed but I will never forget him. Will Love him Always and Forever
- Deb McBurnett
Condolences to the whole family. I did not know Bill very well but I know my son, Mark, did and thought highly of him. They were pretty good friends. Mark passed away 8 years ago this month from cancer.
- Elsie Sircher
I've known Bill a very long time we were brothers more than friends rest in peace many condolences to the whole family
- Allen Hall
Bill and I have known each other for over fourty years we were more like brothers and terease is my sister in law he will be greatly missed
- Allen Hall
We'd like to send our deepest sympathies, prayers, and love to the Whalen family. We will remember Bill for his laugh, smile, and his love for hunting. Rest in peace ole' friend. Lindsay and Sonia Carpenter
- Carpenter's
Sorry to hear this. Loved him so much. No more pain and cancer free. Praying for Teresa and Billy and rest of family. He will be truly missed.
- Joyce Stalhood